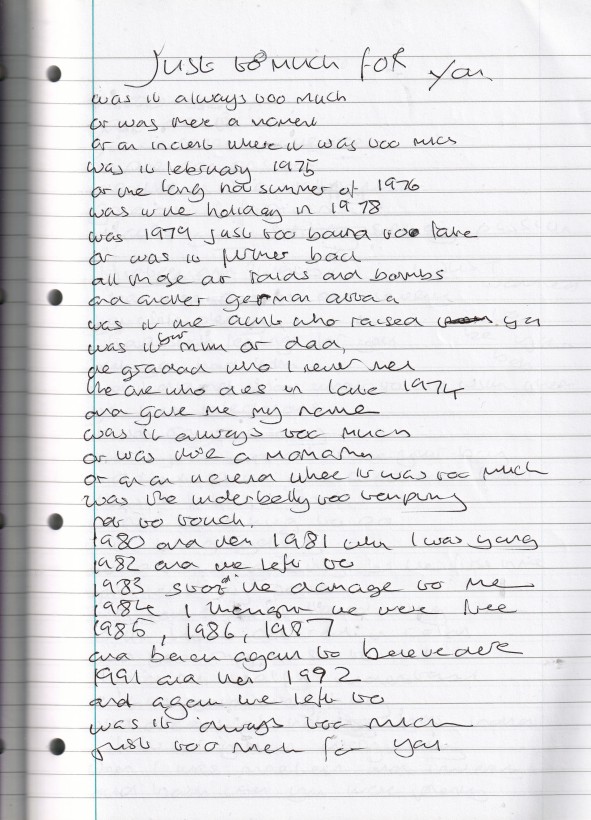 Just Too Much For You


More about this blog, The Boy Behind the Glasses, here
https://theboybehindtheglasses.com/2020/01/08/the-boy-behind-the-glasses-an-introduction/

James Garratt I am a 40 something sometime writer. I live in the South West of the UK but originally I am from Essex.